BRIDGWATER town councillors are urging the public to have their say on far-reaching proposals to change the face of local government in Somerset.

The council recently voted unanimously to support the Stronger Somerset case for unitary reorganisation in the county.

And with tomorrow’s deadline for the public to respond to the Government now upon us, town council leader Brian Smedley is encouraging everyone to let their views be known to central Government.

He said: “The only chance people will get to have their views heard on this will be to reply to the Government consultation as the Secretary of State, Robert Jenrick, appears to be ruling out any vote by the people of Somerset.

“That suggests to me a very flawed process and that he doesn’t think the people actually matter. He’ll be taking the decision but he will at least need to look at what people are saying in their replies.

“The town council has responded in detail to the questions and we urge everyone to study the two choices and to make their own response in time for the deadline. This might even be the last chance to save local democracy.”

You can respond online here  or you can reply by post by either detaching, filling in and posting the section of the ‘Future of Local Government in Somerset’ leaflet or by writing directly to Governance Reform and Democracy MHCLG, 2 Marsham Street, London SW1P 4DF.

1 What is your name?
Name: Councillor Brian Smedley

2 Are you responding as a resident or on behalf of an organisation? Please indicate below including the nature of any organisation:
Resident living in area affected

4 What is your email address?
Email: brian.smedley@sedgemoor.gov.uk

5 Is this proposal likely to improve local government and service delivery across each area? Specifically, is it likely to improve council services, will it give greater value for money, generate savings, provide stronger strategic and local leadership and create more sustainable structures?
Yes

Please explain your reasoning below:
Somerset is too large to be a single unitary authority. The better solution is for 2 smaller units which reflect and geography, the economies and the transport links of the 2 proposed smaller unitaries. West is linked by M5 corridor, coast and nuclear industries whilst East is lined by A303, interior and aerospace industries.

6 Where it is proposed that services will be delivered on a different geographic footprint than currently, through some form of joint arrangements, is this likely to improve those services? Such services may for example be children’s services, waste collection and disposal, adult health and social care, planning, and transport.
Yes

Please explain your reasoning below:
The Stronger Somerset proposal is the more democratic solution and closer to the people. Service delivery on the scale proposed by the County will be remote and disconnected to local people. The county council has failed on numerous occasions over the decades to try to deliver services to parts of the county that are more than 2 hours apart from each other and so local solutions are needed in order to maintain confidence with the people.

7 Is this proposal also likely to impact local public services delivered by others, such as police, fire and rescue, and health services?
Yes

Please explain your reasoning below:
The spirit of localism has to be local. Stronger Somerset builds on the strengths of the districts working with the towns and parishes. Focus and concentration on localities rather than disappearance in a remote diaspora will ensure the new arrangements actually mean something to the correct geography. 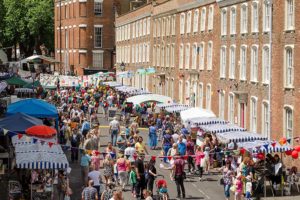 8 Do you support this proposal from the councils?
Yes

Please explain below:
The vast majority of councillors across the County-District and County, support this proposal. 169 councillors voted to support Stronger Somerset whilst 56 voted for One Somerset. Most importantly is the cross party support for the Stronger Somerset proposal -25 Conservative 102 Lib Dem 11 Labour 15 Green 17 independent against support for One Somerset being 50 Conservative 0 Lib Dem 3 Labour 0 Green 3 Independent.

9 Do the unitary councils proposed by this proposal represent a credible geography?